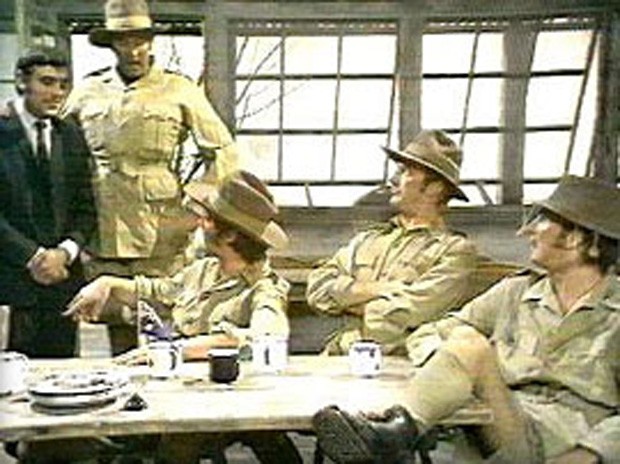 What’s all this then?

In 2002, I needed a domain name. Woolamaloo.com was available. It’s a good woody word; not at all tinny. Occasionally, I’ll post some pictures from a noteworthy trip. In April 2013, I bought a sailboat. I named it woolamaloo.

If you found this site because you’re a Monty Python fan, I’m sorry to disappoint you. I’ve included (probably illegally) the script for the site’s namesake sketch. But that’s the only Monty Python related material here. Here’s a much better site for that sort of thing.

If you’re not a Monty Python fan “Woolamaloo” is nothing more than a silly name from an old, relatively obscure, and terribly funny sketch. It is a modification of a Sydney suburb named Woolloomooloo. I’m glad they shortened it. It sounds like a silly place.

First Bruce snaps a plastic dog-collar round his neck. They all lower their heads.
First Bruce: Oh Lord, we beseech thee, have mercy on our faculty, Amen!!
All: Amen!
Fourth Bruce: Crack the tubes, right! (Third Bruce starts opening beer cans) Er, Bruce, I now call upon you to welcome Mr. Baldwin to the Philosophy Department.
Second Bruce: I’d like to welcome the pommy bastard to God’s own earth, and I’d like to remind him that we don’t like stuck-up sticky-beaks here.
All: Hear, hear! Well spoken, Bruce!
Fourth Bruce: Now, Bruce teaches classical philosophy, Bruce teaches Haegelian philosophy, and Bruce here teaches logical positivism, and is also in charge of the sheep-dip.
Third Bruce: What’s does new Bruce teach?
Fourth Bruce: New Bruce will be teaching political science – Machiavelli, Bentham, Locke, Hobbes, Sutcliffe, Bradman, Lindwall, Miller, Hassett, and Benet.
Second Bruce: Those are cricketers, Bruce!
Fourth Bruce: Oh, spit!
Third Bruce: Howls of derisive laughter, Bruce!
Fourth Bruce: In addition, as he’s going to be teaching politics, I’ve told him he’s welcome to teach any of the great socialist thinkers, provided he makes it clear that they were wrong.

They sit down.
Fourth Bruce: Any questions?
Second Bruce: New Bruce – are you a pooftah?
Fourth Bruce: Are you a pooftah?
Michael: No!
Fourth Bruce: No right, well gentlemen, I’ll just remind you of the faculty rules: Rule one – no pooftahs. Rule two, no member of the faculty is to maltreat the Abbos in any way whatsoever – if there’s anybody watching. Rule three – no pooftahs. Rule four – I don’t want to catch anyone not drinking in their room after lights out. Rule five – no pooftahs. Rule six – there is no rule six! Rule seven – no pooftahs. That concludes the reading of the rules, Bruce.
First Bruce: This here’s the wattle – the emblem of our land. You can stick it in a bottle or you can hold it in your hand.
All: Amen!
Fourth Bruce: Gentlemen, at six o’clock I want every man-Bruce of you in the Sydney Harbor Bridge room to take a glass of sherry with the flying philosopher, Bruce, and I call upon you, padre, to close the meeting with a prayer.
First Bruce: Oh Lord, we beseech thee etc. etc. etc., Amen.
All: Amen!
First Bruce: Right, let’s get some Sheilas.

An Aborigine servant bursts in with an enormous tray full of enormous steaks.
Fourth Bruce: OK.
Second Bruce: Ah, elevenses.
Third Bruce: This should tide us over ’til lunchtime.
Second Bruce: Reckon so, Bruce.
First Bruce: Sydney Nolan! What’s that!